African Heroes and the Superpowers of Agriculture

For most people, the notion of a hero conjures up images of brave individuals risking their lives for others, or “superheroes” from comic books or films, armed with supernatural powers. But what Africa needs, each and every day, are heroes of a different sort – “action heroes” with ideas and vision, ready to respond to challenges that could determine the fate of a continent with a land mass larger than the United States, Western Europe, China and India combined.  This is a lot of land, with a lot of potential.

Africa’s challenges are well known: A devastating drought is destroying crops in Eastern and Southern Africa. Plummeting oil prices are undermining economic growth in exporting countries, notably Nigeria. Chronic hunger still plagues one third of our people, with deep poverty trapping almost half the families on the continent in dire hardship. There’s an urgent need for employment prospects for the 200 million between the ages of 15 and 24 who make Africa the world’s most youthful continent.

Millions of African farmers still lack access to improved crop varieties that boost yields. They need mineral and organic fertilizers that revive soil. They need access to credit to purchase farm inputs. They need better information about market opportunities to justify their investments. While we can get cell phone signals to Maasai livestock herders, most African farmers still struggle to find a bag of quality seeds or a small amount of fertilizer!

Where are the African action heroes who can tackle these continental challenges? In a new effort to find them, in April 2016, several organizations joined forces in Accra, Ghana to launch the new $100,000 Africa Food Prize (formerly the Yara Prize).  This new Africa-based award will recognize an outstanding individual or institution which is leading efforts to change the reality of farming in Africa – from a struggle to survive, to a business that thrives! We’re looking for bold initiatives and technical innovations that can be replicated with excellence throughout the continent. 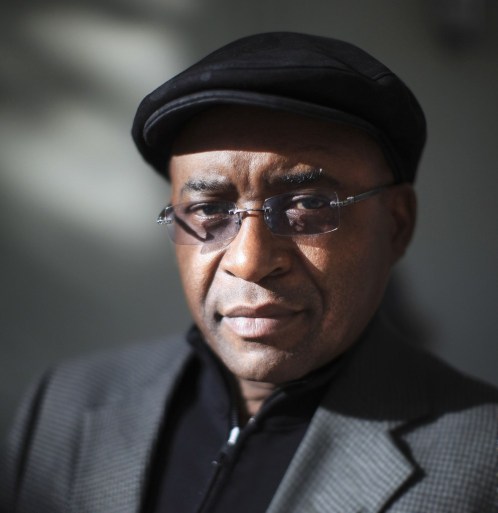 We know there are African action heroes in our midst, doing extraordinary things in the extraordinary world of agriculture, which I believe holds the key to Africa´s future.  We want to hear about them and recognize their work.

What do I mean by extraordinary? I mean young people like the Ugandan entrepreneur, Eric Kaduru, who founded an organization to help hundreds of out-of-school girls set up their own commercial fruit farms, or Zimbabwean agricultural expert and animal scientist Dr Lindiwe Majele Sibanda who heads up a policy think tank, working to ensure African agriculture figures prominently on the global agenda. I mean people such as grassroots activists working to help smallholder farmers get access to markets, agri-tech inventors and innovators linking farmers to vital information, and reformers who advocate for better agricultural policies at all levels, from state presidents to village chiefs.

One Trillion Arguments for African Agriculture

Why is agriculture such a critical field of action? To begin with, two-thirds of Africans work in agriculture, the sector responsible for Africa’s food security. On a continent with our rich natural resources and human capital, it makes absolutely no sense for Africans to be importing so much of our food from elsewhere in the world. We should be supplying it to ourselves. This is a massive market and a massive opportunity. The World Bank estimates it will be worth $1 trillion by 2030!

If I were going into business today, and looking at the market opportunities for African food producers and Africa’s incredible endowment of natural resources and human capital, I would choose agriculture over telecommunications.

This is the goal and the inspiration for the Africa Food Prize: When our action heroes complete their missions, every African consumer will enjoy better access to affordable, nutritious food — grown and supplied by African farmers and African food companies. This means new job opportunities and higher incomes for rural Africa. This in turn will fuel wider economic expansion, benefiting everyone, but especially the poor. This is something boom-bust oil economies just can’t deliver.

A Food Prize and the Path to Prosperity

Past winners like Kaduru and Sibanda are the kind of heroes Africa needs today. There are so many others. For example, last year African leaders selected Akinwumi Adesina, a 2007 Yara prize winner, to be president of the African Development Bank. A champion for “impact at scale” across Africa, Adesina served as Nigeria´s Minister of Agriculture and Rural Development where, among many reforms, he introduced pioneering technology to help curb corruption and improve access to inputs for rural farmers, and especially women.

A couple of years ago, a few young entrepreneurs in Nigeria launched a new series of comic books books featuring something novel: African superheroes. It’s my hope that one day soon, we will be telling the real-life stories of the “action heroes” of the Africa Food Prize, and how their amazing feats helped conquer the evils of hunger, climate change, poverty and unemployment.

Strive Masiyiwa is the Board Chair, Alliance for a Green Revolution in Africa (AGRA) and Executive Chairman and Founder of Econet Wireless

This entry was posted in Agribusiness. Bookmark the permalink.